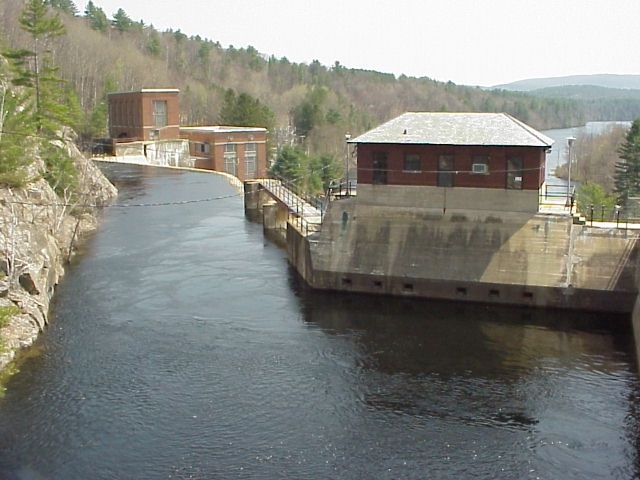 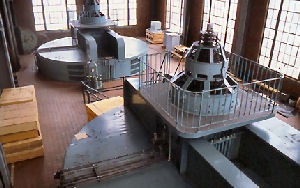 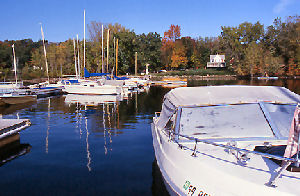 The Upper Hudson River watershed extends from Mt. Marcy in the northern Adirondacks south to the Albany-Rensselaer County line.

In this region, the Regulating District owns and operates the Conklingville Dam on the Sacandaga River and the Indian Lake Dam on the Indian River. The water releases from these dams are interdependent and control about 40 percent of the waters in the Hudson River Area’s 8,300-square mile basin.

Completed in 1930, the Conklingville Dam created the 42-square mile Great Sacandaga Lake, which is the largest reservoir in the State, with a 125 mile shoreline and capacity of 37.73 billion cubic feet. The Regulating District’s operations at the Conklingville Dam alternately impound or release waters in the Hudson River to help prevent flooding during periods of high water flow and augment river flows during periods of drought.

New York State also owns the land that the Regulating District acquired to create the Great Sacandaga Lake, including the now submerged lands and an above water buffer zone lying around the lake between the reservoir’s high water line and adjoining private property. The Regulating District pays all local taxes on its property, whether or not submerged, and it administers the Great Sacandaga Lake Permit System to provide private and public access to the State-owned buffer zone.